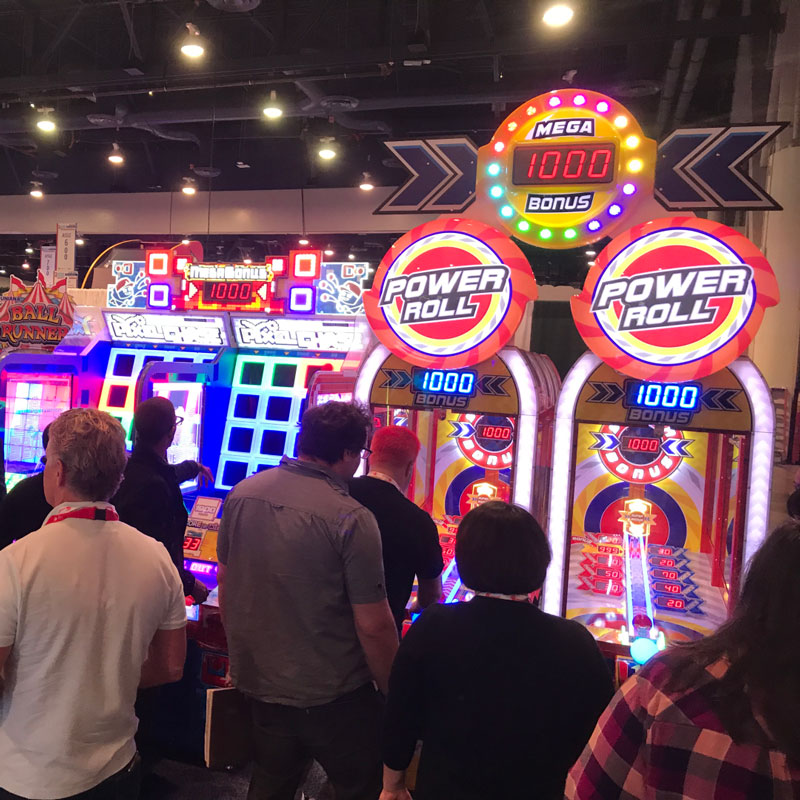 SEGA’s highly anticipated brand-new skill-based redemption game Power Roll is literally “rolling off” the production line and into arcades. This income chart-topping game was launched at the recent Amusements Expo. It was exceptionally well-received, and operators praised the game’s jaw-dropping cabinet design and fun, intuitive gameplay.

“Power Roll is performing extremely well at all our test locations typically being one of the very top earning games. The word about this income topping performance has spread and demand is soaring beyond our expectations. We have increased our production, and new units are “Power Rolling” off our production line as we speak,” says Vince Moreno, Sales Manager at Sega.

Power Roll features simple, fun and intuitive gameplay. Players simply pull a lever with just the right strength, to launch the ball up the ramp and into the bonus ticket zone. As the ball rolls up, it swings the stoppers creating a mesmerizing mechanical attraction for players. There are other ticket values along the playfield so players always win tickets. 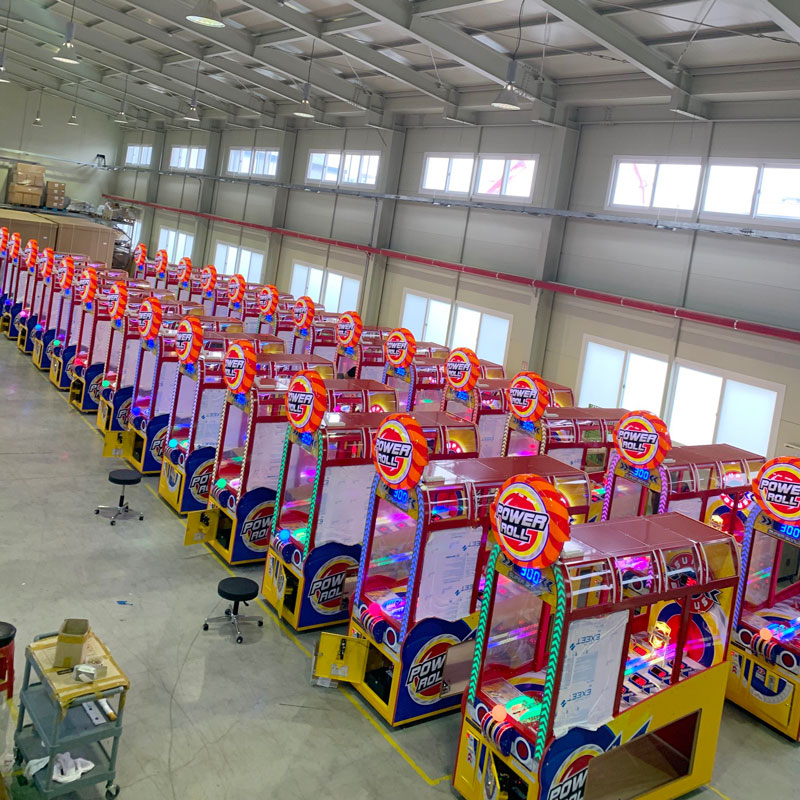 For new players, the skill of getting “just the right strength” creates suspense and excitement as the player can never be sure where the ball will end up. The intuitive nature of this game entices players to try again – then with greater confidence players aim for the bonus. The skill-based gameplay, combined with the great audio prompts, makes this a desirable game for players of all ages.

George Smith, President of Family Entertainment Group says, “Power Roll is fantastic and a consistent earner.  It’s among the top pieces we operate and seems to work in all environments.”

Power Roll features a tall, eye-catching yellow and red cabinet with attractive lighting effects. Combined with a huge top header and curved see-through perspex, Power Roll stands out in any location. The brightly lit oversized ball-shaped lever and colorful playfield, add to the attraction of this game.

Bring the awesome power of Power Roll to your location by ordering this top-performing game now!

To order Power Roll or for more information please contact Sega on +1 847-364-9787, sales@segaarcade.com, or contact your Local Authorized Sega Distributor.