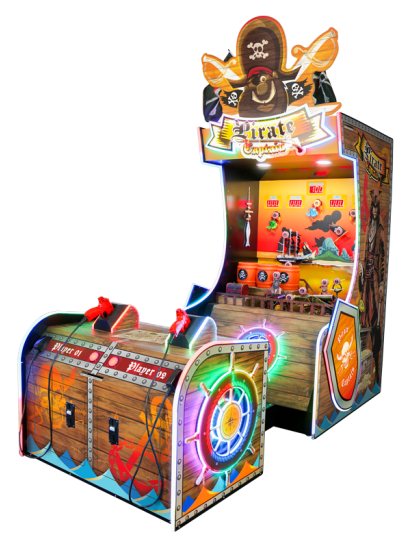 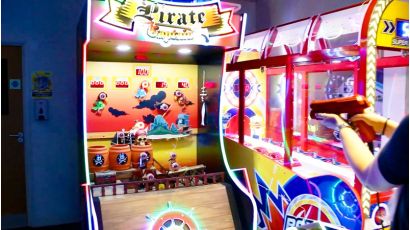 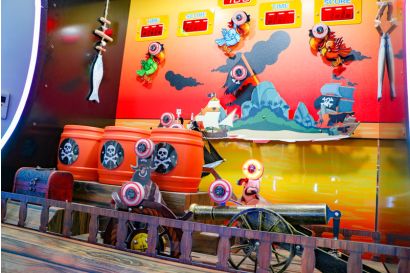 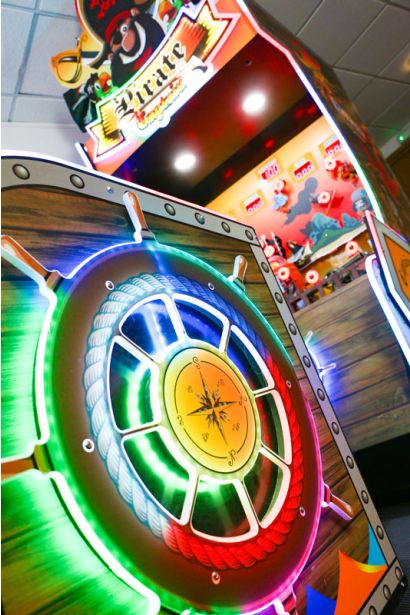 The intuitive game play sees players shoot the targets as they light up, keeping players engaged and trying to win as many tickets as possible. And because they move randomly no game is the same!

What makes this game a winner in any arcade or FEC is the detailed moulded targets such as birds, a canon, explosive barrels, animated flag and the pirate captain who moves side to side to dodge shots.